With so many more choices and options out there, in cheeses and delivery preparations, you’re only limited by your culinary imagination.

Cheese sales have been on the uptick for the last 10 years, and changing palates, especially among the millennials, has shifted tastes away from processed cheeses and toward more natural offerings. This trend is evident on the menus everywhere from fast food giants to your corner dive to the uptown swanky bistro.

Fortunately, there’s been a huge increase, 40% by some estimates, in domestic cheese production—driven mainly by small producers churning out both the familiar and the unusual to appeal to this seismic shift in tastes. This increase in options isn’t just limited to cheese varieties, there’s also been a huge increase in how cheese is delivered. Instead of just blocks, many are now available pre-sliced or shredded, something that used to be limited to the processed cheeses. All that’s left is learning how to take advantage of this surfeit of options.

In the age of Instagram, the last thing you want is a picture of your burger tooling across the internet with a piece of cheese that is visibly releasing its oils. A trademark of being processed and high heat, separation is never pretty.

Natural cheeses not only stand out on the menu but also stand up to higher heats, melting beautifully over the patty or the lunch meats. Switch up your burger with slices of smoked gouda for a deeper, smoky flavor or add a kick to your roast beef sandwich with a caraway Havarti.

The shift to real cheese for pizzas started long ago but the recent surge in options have made the possibilities nearly endless. Pre-mixed shreds are now available in an array of combinations to fit both the tastes of your specific region or your diners.

Mixing hard and soft cheeses in different ratios, from mozzarella to asiago or Romano, allows you to specifically control the moisture and mouthfeel of your pies. Yes, shredding could be done in house but there’s an advantage in having it done professionally in day to day consistency.

If you’re shooting for the Instagram wow factor, burrata should be your go-to cheese. Slices spread across the pizza create puddles of deliciousness while an intact burrata ball (make sure it’s either room temperature or under the heat long enough to take the chill off) in the center of the pizza is a sure-fire way to bring in the likes on Facebook.

Burrata is also part of the pasta filata family of cheeses—“stretched-curd” cheeses that take on an almost plastic, fibrous texture. From mozzarella to provolone these mild cheeses hold up well under high heats and have a unique mouthfeel. Normally these cheeses are fresh and should be used quickly but can also be brined or smoked for deeper, richer flavors (plus longer shelf life). 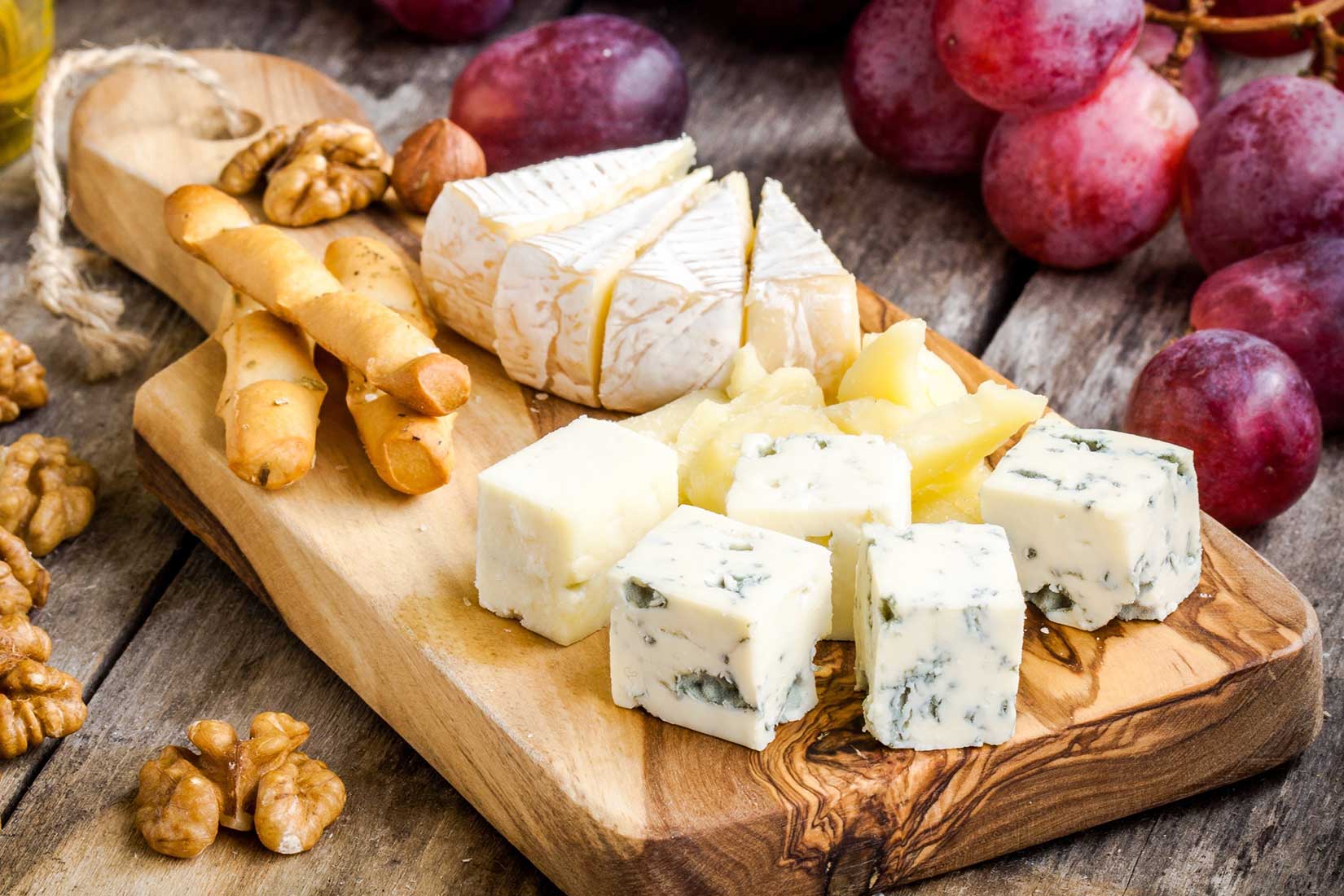 The traditional shaker of parmesan set on the table next to the dried red peppers hasn’t gone away but today’s diners might be looking at it a bit warily. Freshly ground, shaved or grated parmesan, or perhaps your own proprietary blend of cheeses from asiago to Romano, brought to the table with the pastas will be greeted more favorably.

One of the hotter dishes showing up on menus these days is cacio e pepe. It is a deceptively simple dish consisting of only three ingredients - cheese, pepper and pasta. Take this elegant plate up to the next level by assembling the dish table-side, swirling the pasta and pepper in a whole wheel of Parmigiano-Reggiano or Pecorino Romano. The heat of the pasta will melt just enough of the cheese to coat lightly and the show is sure to be a hit on social media feeds all around town.

Keto is the diet trend of the moment and cheese boards, with or without meat, are the perfect Keto-friendly dish. You can let the diner select their own cheeses for the board, but don’t feel bad if you prefer limiting it to a chef’s selection.

It’s not just a cheese from Switzerland, it’s also a verb. Traditionally the cheese is held under a flame or hot surface until a layer of melted, sometimes caramelized cheese can be sloughed off with a knife. Where does the cheese go? That’s up to you. Raclette has been showing up melted onto burgers, fries, and even thin slices of skirt steak.

The nice thing about this hot and gooey trend is that you don’t have to limit yourself to just raclette cheese. Any hard-melting cheese will do, from the more common gruyere to the more exotic Appenzeller.

Despite the increase of interest in all these cheese trends, processed American cheese isn’t dead. It’s still a huge segment and prized for its shelf stability and uniformity. Nacho chips with cheese wouldn’t be quite the same without it and the consistency is perfect for soups or spreads for crusty bread. There are even retro restaurants playing the nostalgia card with old school grilled cheese made with American singles or breaking the trend from fancy mac-n-cheese to something a little more elementary.

The key is to find the right trend for your diners and make it work for you. With so many more choices and options out there, not just in cheeses but in delivery preparations, you’re only limited by your culinary imagination.