This dish is said to have originated in the bistros of Normandy, France in the 19th century. Noted figures in France were known to take their companions for late suppers to enjoy dishes prepared with pepper as their aphrodisiac properties may have proved to be most useful. This version utilizes strip steak rather than the traditional filet. It is portioned into medallions to crate a beautiful “faux” mignon. Bon Apetit! 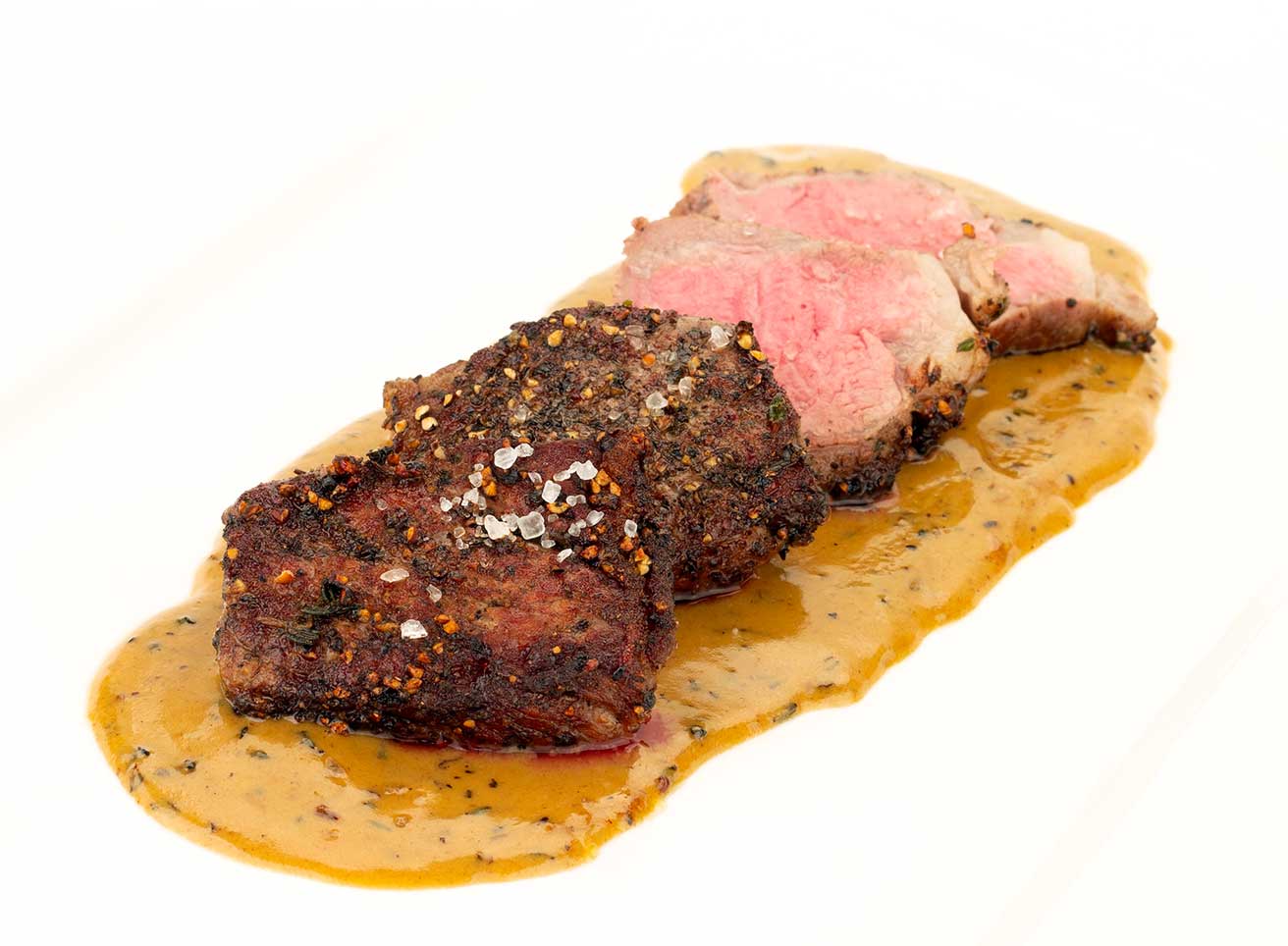