The influences of global cuisine on menus is increasingly ubiquitous - so why not extend those flavors to your kids' menu?

Experts say the best way to raise a child to be an adventurous eater is to serve them the same food as the parents are eating. That’s a great rule at home but it can be a real problem when you go out to eat and see the same children’s menu over and over, populated with fresh from the freezer chicken nuggets and burgers. These dishes often look a little sad and neglected when sent out next to your expertly curated plates for the adults.

One way around being saddled with a boring, standardized kids' menu is to take a cue from the trend of globally influenced cuisine and use that for inspiration to help deliver meals the are both extraordinary and appealing to your younger clientele.

Rice can be a crowd pleaser for kids and it’s amazingly versatile and easy to use. Think a paella for kids. Perhaps not with shellfish, but chunks of chicken or a little sausage then mildly seasoned with paprika and turmeric, then garnished with some finely chopped cilantro. Or you could do a fried rice dish, flavored with soy sauce and a touch of sesame oil then tossed with crispy bits of your house cured bacon. Another option is biryani, fragrant garam masala and coriander flavoring the rice. The key here is to go mild, strong flavors can make kids a little hesitant, season accordingly.

There’s more to life than spaghetti with red sauce. Try a tagliatelle with bolognese or a penne paired with your house made sausage. The kids might not go for your ricotta uova de raviolo with pancetta, where the yolk beautifully oozes out at the first cut, but a more simple ricotta filled ravioli with a drizzle of brown butter could be the ticket away from “p’sghetti.”

A restaurant near us serves ramen for kids. Yes, the cheap ramen you ate in college when your money ran out before the end of the month. Of course, they toss out the sodium packet that came with it, simmer it in chicken broth and drizzle it with a little sesame oil. My kids loved it and always brought it up when we discussed where to eat. They’ve since outgrown it and now clamor for the newer high end ramen houses with hand pulled noodles and bone broth simmered for hours. Mission accomplished? 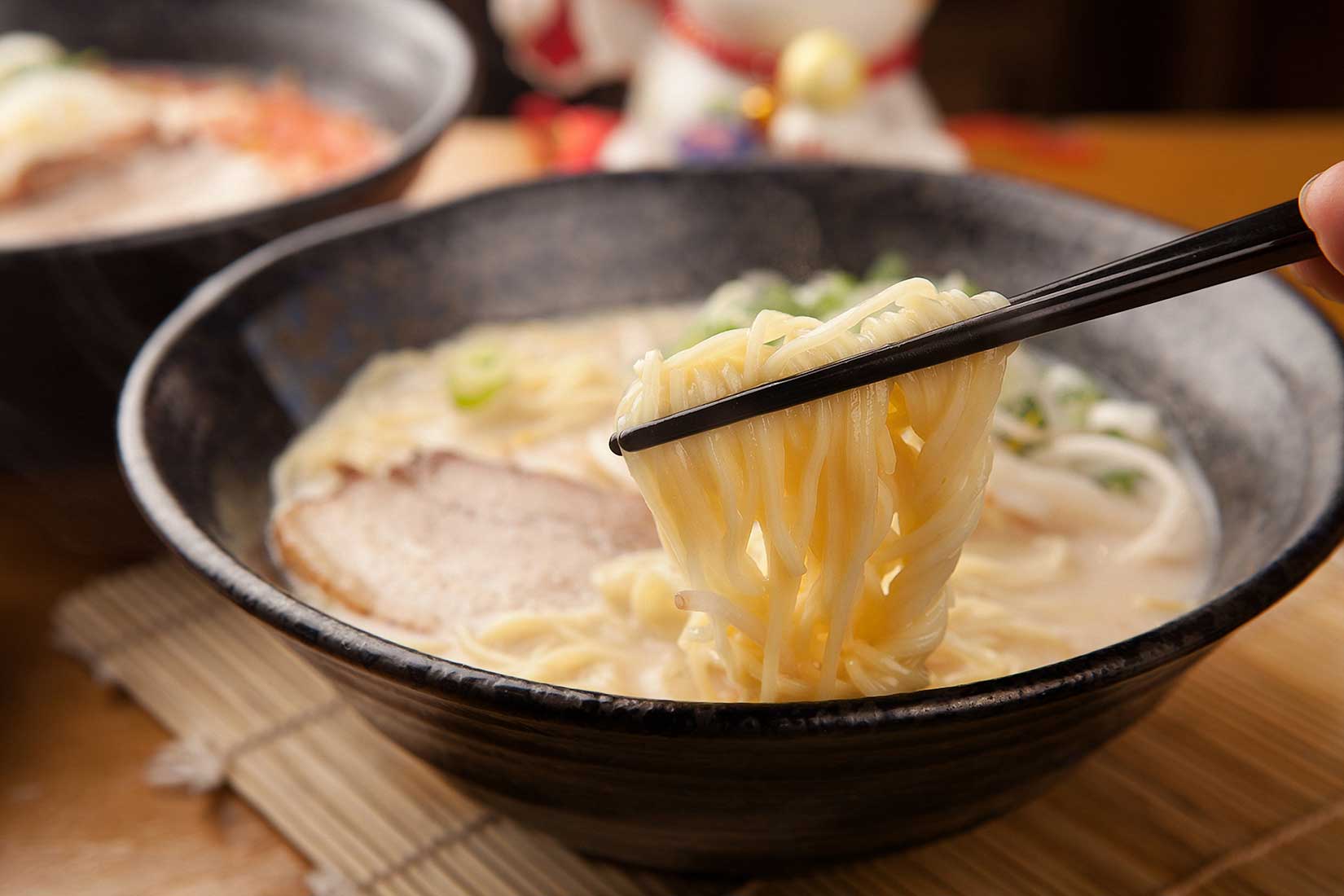 Noodles stir fried in tamarind (a sadly underutilized ingredient) with a little fish sauce; deceptively simple but amazingly flavored. A traditional pad thai might contain sprouts, carrots, onions and various other vegetables. Here’s a prime example of where you deviate for the younger palate. The stir fried noodles are really all you need. The flavor should be intriguing enough and unfamiliar veggies end up being a distraction on the plate and possibly a point of contention. Keep it simple.

Curries don’t have to be hot, they can be sweet as well. Chicken simmered in yogurt with sweet curry spices and just a touch of lemon can be a huge hit for the youngsters. It also makes for a good vegetarian option (something more and more parents are looking for) if made with with tofu. Serve up with a little rice and naan, or flatbread if you don’t have any naan, because what kid doesn’t like dipping?

Most kids love peanut butter and satays are a great way to use that love for something other than a PB&J. Meat grilled on a stick, whether in a peanut sauce or not, is also great at the table for the kids, giving them something to problem solve and work with. It does, however, bring up a problem with names. Getting kids to try something new can be a challenge, trying to get them to try something with a weird name… Thai Chicken Satay probably won’t fly. Peanut Slathered Chicken On A Stick on other hand could be a crowd-pleaser. Have fun, be whimsical.

Food that can be picked up can’t miss with the kids - or some adults for that matter. Doughy empanadas or crispy samosas are great vehicles for all manner of filling, from cheeses to meats and can be a sneaky but effective way to get kids to eat vegetables. Don’t forget to add a dipping sauce or two, to show kids that there's more to life than ketchup.

The influences of global cuisine on menus is increasingly ubiquitous - even in restaurants that hardly can be called ethnic. Extending that trend to better integrate your children’s menu into your culinary vision sends the message that you really care about food. Something that parents, after a long day at work where cooking at home is just too much, will remember when making that decision about where to grab some dinner with the family.