From exploring world cuisine to seeing behind the scenes in high volume kitchens, check out these shows to give you a fresh perspective.

As food culture has evolved, there are more and more places to find inspiration. Television, and more recently, streaming sites, have been at the vanguard of presenting food in a different context. The following are a few examples of shows that can get your creative culinary juices flowing, from the comfort of your own home.

The Great British Bake Off

The Gist: 12 amateur bakers compete in three-round episodes, featuring a signature bake, a technical round, and a showstopper, to test their skills and face a weekly elimination until only one winner remains.
Good For: That rare kind of binge-watching that actually improves your mood with every episode.
The Takeaway: Amateur bakers are capable of extraordinary things, and British wit is as delightfully dry as ever.

The Gist: Created by David Gelb, this Netflix documentary series profiles one chef per episode. The award-winning series is breathtaking, serious, and thoughtful, a welcome departure from competitive food television.
Good For: Serious chefs who want to be inspired.
The Takeaway: Great chefs find lasting success when they discover their own unique voice and share it with the world.

The Gist: CNN’s Bourdain-driven travelogue ran for 12 seasons and garnered a daytime Emmy. From Jerusalem to the Mississippi Delta, Bourdain did what he was known for —disarming locals with his effortless charm while exploring their culture through food with sincerity and genuine curiosity.
Good For: Exploring the world without leaving your couch.
The Takeaway: Food both defines and unites people, and only by breaking bread with someone can you truly hope to understand precisely who they are. 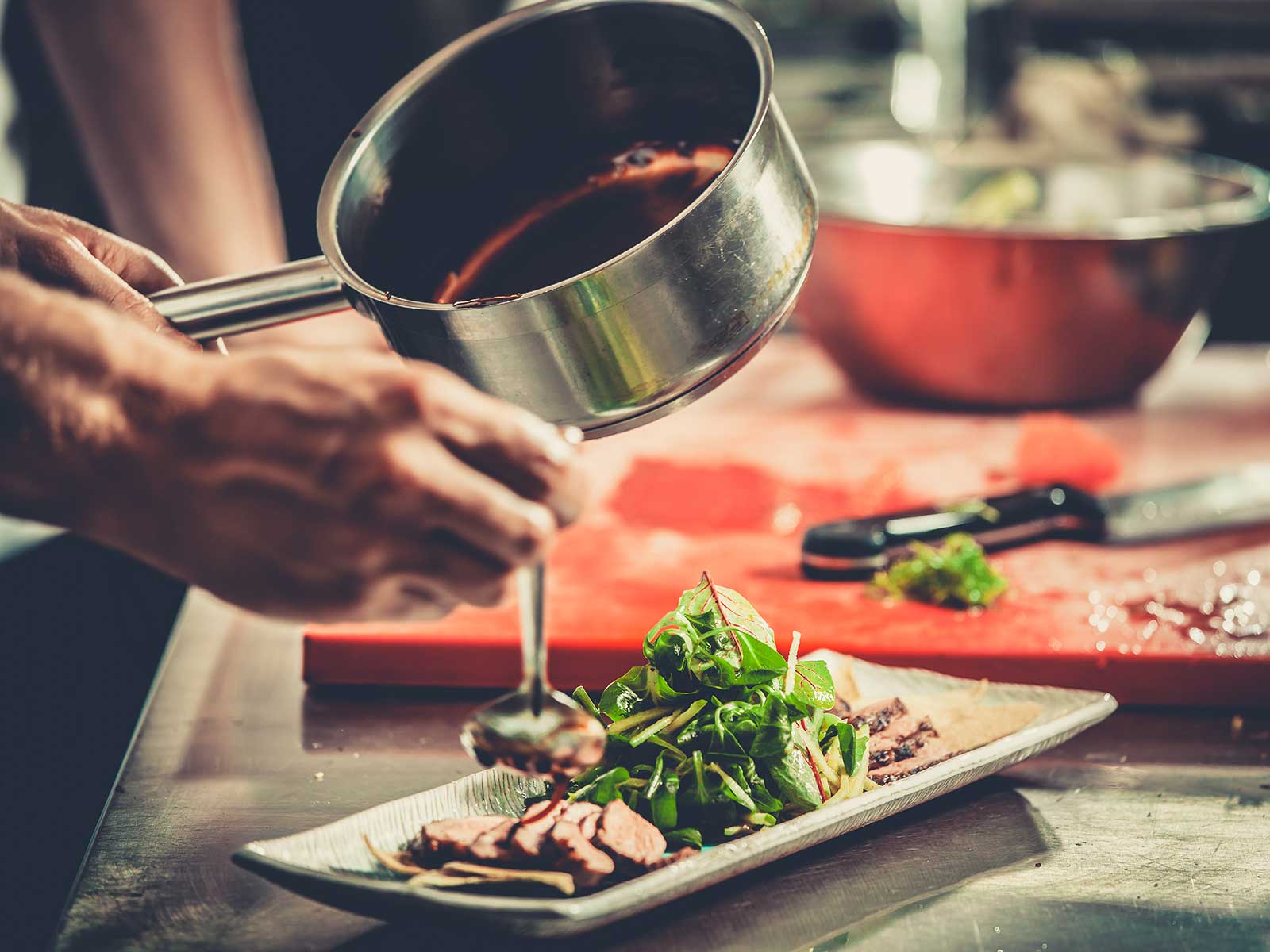 The Curious Creations of Christine McConnell

The Gist: With the kind of signature weirdness that defines Jim Henson (the show was produced by an offshoot of The Jim Henson Company), Curious Creations had one bright, shining six-episode season before fading back into the web obscurity from which it came. During that time, baker Christine McConnell whipped up ghoulish treats for the critters who lived in her mansion.
Good For: Goths
The Takeaway: There’s a place for a spooky sense of humor in the world of baking — even if the show didn’t get picked up for a second season.

The Gist: This four-part series hosted by Samin Nosrat, author of an award-winning 2017 book of the same name, explores these four essential elements of culinary success in Japan, Italy, Mexico, and the United States. Nosrat is infectiously interested in the world around her, and her enthusiasm is contagious.
Good For: People who are excited by the idea of a travelogue with a perspective that feels new and fresh.
The Takeaway: Everyone wants to be Samin Nosrat’s best friend and watching these four episodes makes you feel, if only briefly, like you are just that.

Stephanie Ganz - Stephanie Ganz is a freelance writer based in Richmond, Virginia. Her work has appeared in The Local Palate, Virginia Living, Eater, and Bon Appétit, among other publications.